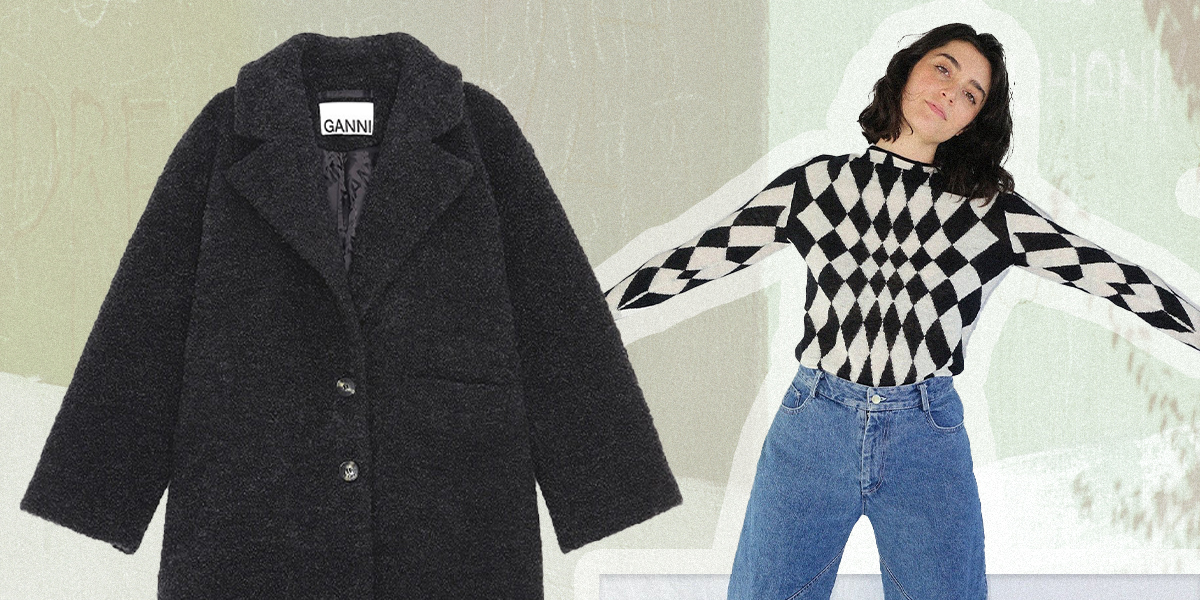 by Emily Wilson
A stylish New York chef dishes on what she wears in the kitchen and off duty.
t1A

Jesse Merchant Zuniga is a New York–based chef and the cofounder of Bad Habit, an ice cream project that she launched a year ago with her husband (also a chef). Their elegant, lush flavors rotate seasonally and are easily some of the best pints I’ve had. Think cara cara creamsicle, burnt cheesecake, chocolate amaro, and grassy olive oil.

Born and raised in Los Angeles, Zuniga lived in Paris for a few years before moving to New York where she’s held kitchen positions at a range of hip, critically-acclaimed restaurants including Lilia, Wildair, and Hart’s. She also has great style. I called her up to ask about how she curates her wardrobe for work, life, and ice cream.

EW: How would you describe your style?

JM: It’s such a hodgepodge of where I've lived, which is LA, New York, and Paris. It’s a little punk, a little preppy, and exclusively black and white for the most part. I just started playing around with patterns and it feels very wild when I wear them.

When you're at work in a restaurant kitchen, what do you like to wear?

This is kind of funny. Over the last few months, I've really been into wearing all white, which is the biggest challenge someone could give themselves and it's totally unnecessary. But I feel like it's so impressive when someone is efficient and clean and, honestly, I do feel very proud of myself that I can be making sauces and doing service and taking out the trash and not have stains on my clothes. But in general, just a porter shirt and standard Dickies or jeans, although I don’t wear any vintage jeans because they’re too precious to me. It’s so cold now I’ve been wearing LACAUSA turtlenecks and sweaters under everything.

How about when you're making ice cream, or working on Bad Habit?

When I am making ice cream or doing the production side of everything, I try to dress up a little since I can’t if I’m working at a restaurant where I can only wear minimal jewelry. Dressing up makes me feel more productive. And then obviously throwing an apron on top to kind of make that distinction. Because [my husband] Javi is [the main] chef, my role is more operations-focused. I need outfits that allow me to take off my apron and put on a jacket to look more professional before hopping on a Zoom call. I've been really into nice t-shirts or vintage t-shirts. Simon Miller and Ganni have such great ones. Pants from LACAUSA I'm obsessed with, or vintage jeans. Then loafers or Vans, something that I couldn’t wear in a full-on restaurant kitchen. And just a Tilit apron, but we have so many that are so worn in, which is key, because new Tilit aprons take time to break in, much like Doc Martens.

Days off for us right now are very far and few between. When I can, I like to sneak in a trip to the Met. We love walking around Central Park and picking up Katz’s or tacos. Now that it's colder, I've been obsessed with making pasta and bread at home and just nesting and being with [our dog] Slayer. But, again, I wear pretty much all black and white.

I’m really into Holiday The Label checkered pants and Lisa Says Gah has so many cute basic white and black sweaters with a checkered collar or something like that. I definitely like to dress up a little more and wear a blouse. What a concept for someone who works in the restaurant industry! I’m also always excited to be able to wear rings and actual necklaces. That sounds so silly to someone who has the luxury of wearing jewelry for an office job or freelance, but when you're in the kitchen you literally cannot do that.

What are some of your favorite brands?

Definitely Ganni. Lisa Says Gah is a big one for me. I love Paloma Wool and Jess Hannah. A.P.C. for shirts and coats. Simon Miller also, again, just has the best t-shirts that look vintage—they’re not, but they give that vibe, which I like.

What about your wardrobe staples?

A leather jacket for sure. I have a vintage one that I've had for five years and I will never give it away and I'm just praying it never gets ruined because I would be devastated. A blazer, maybe.Plus a pair of loafers and vintage jeans, either Calvin Klein or Levi’s.

How do you think living in New York versus having LA roots, and also having lived in Paris, has affected your style?

Whichever city I'm in, I kind of dress the opposite. When I'm in Paris, I lean heavily towards mom jeans and a boot, which is kind of Parisian, but mixing it up a little bit and making it a little more tomboy than you would find normally. When I'm in New York, I feel like I dress kind of Parisian. And then when I'm in LA, I definitely dress in all black, kind of punk. I like the stares you get from people who are wearing flip-flops and a tank top. I like sticking out like that. The denim I definitely get from LA, all black is a New York thing, and tailoring comes from Paris. I feel so lucky to be able to say that I've lived in those places.

Since it's winter now, what are your essentials for staying warm?

I just picked up a coat from Ganni, which I'm obsessed with. It's warm, cozy, and delicious. A crossbody bag. I love my A.P.C one because in New York you cannot take your hands out of your pocket to carry a purse, it's so cold out. And then layers from this brand Madinga that’s carried by Lisa Says Gah.

Do you have any style icons?

Zoe Kravitz, which is everyone's answer because she's just an unreal flawless human being. I also love Camille Rowe’s style. She's very Parisian meets LA—casual, but she always looks so chic. I'm very envious of that. Camille Charriere. Lizzy Hadfield. Their style is very English, French, or even Danish, I love that style. 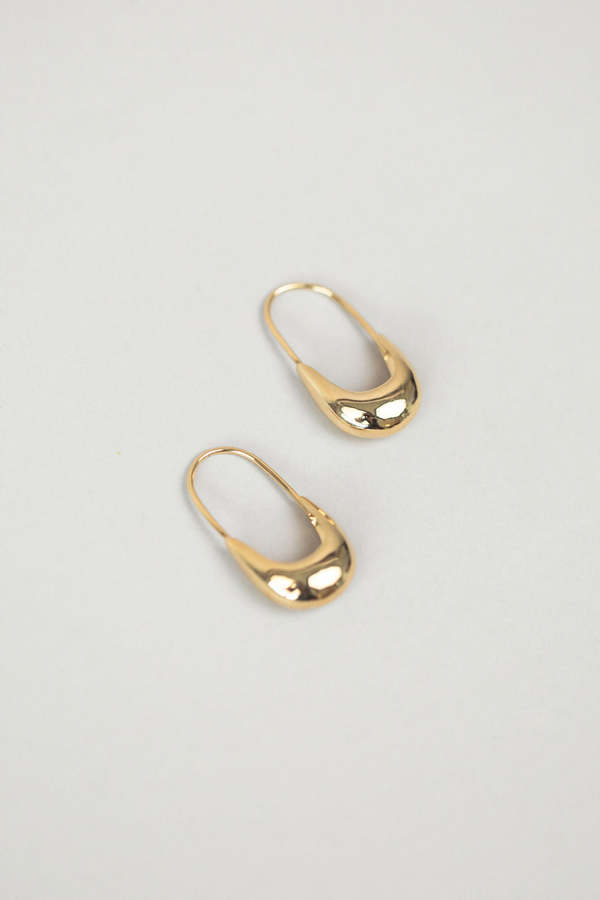 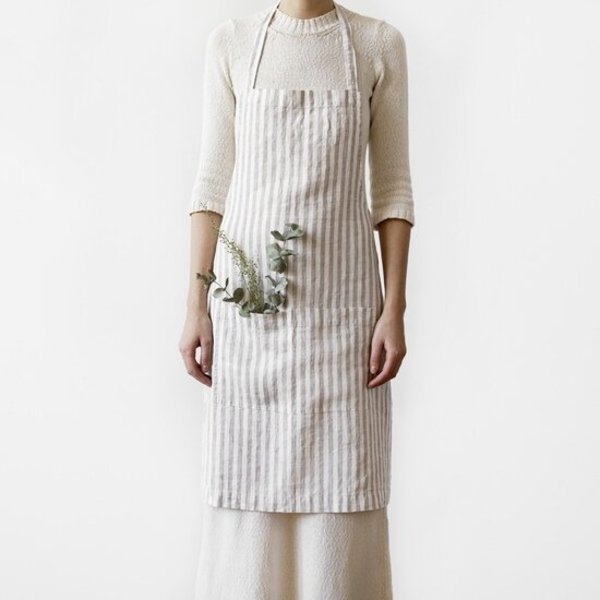 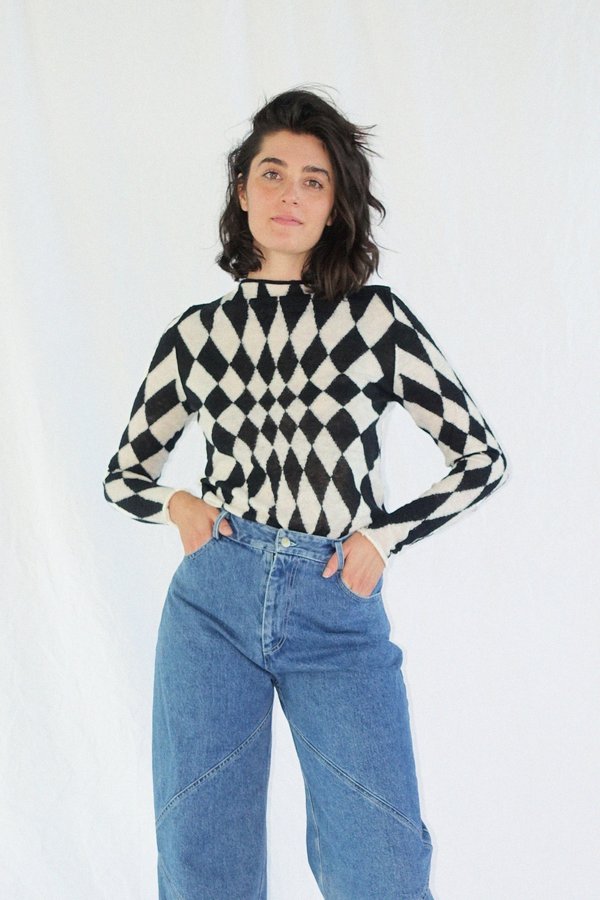 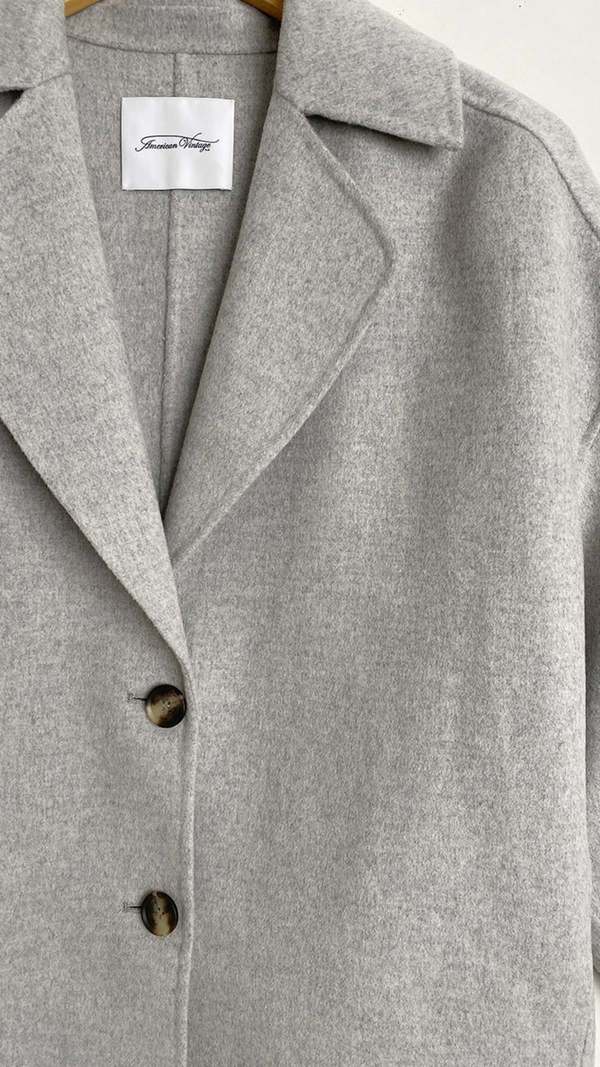 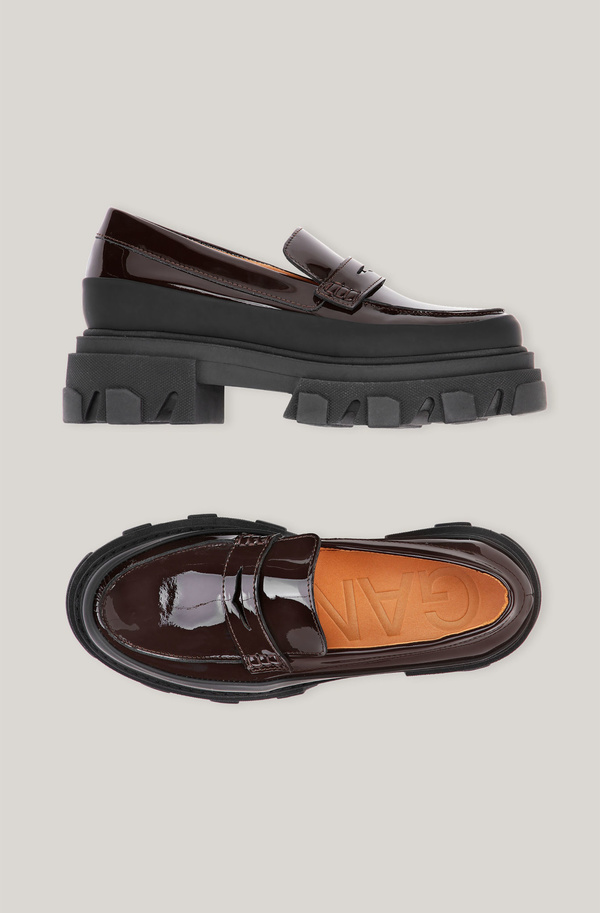 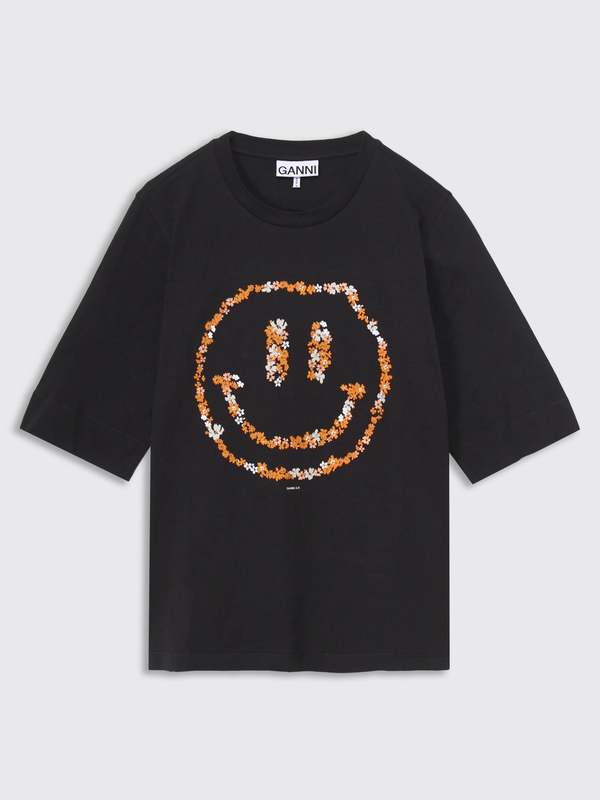 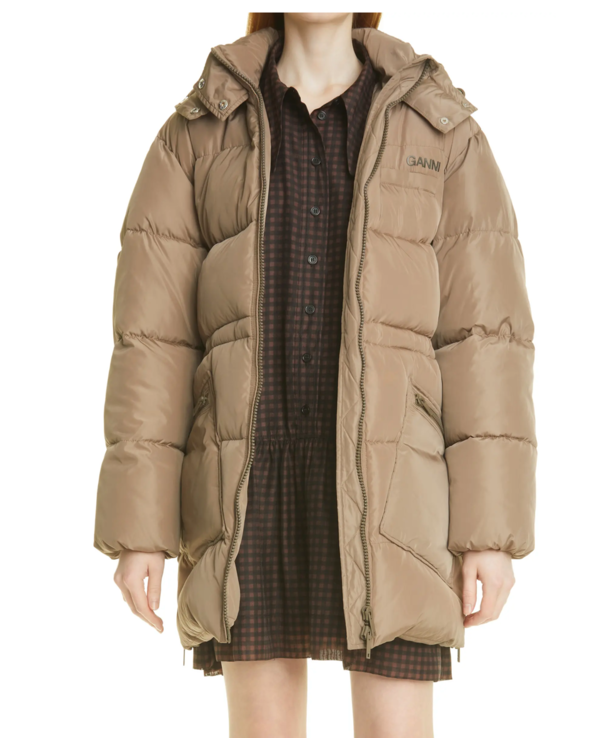 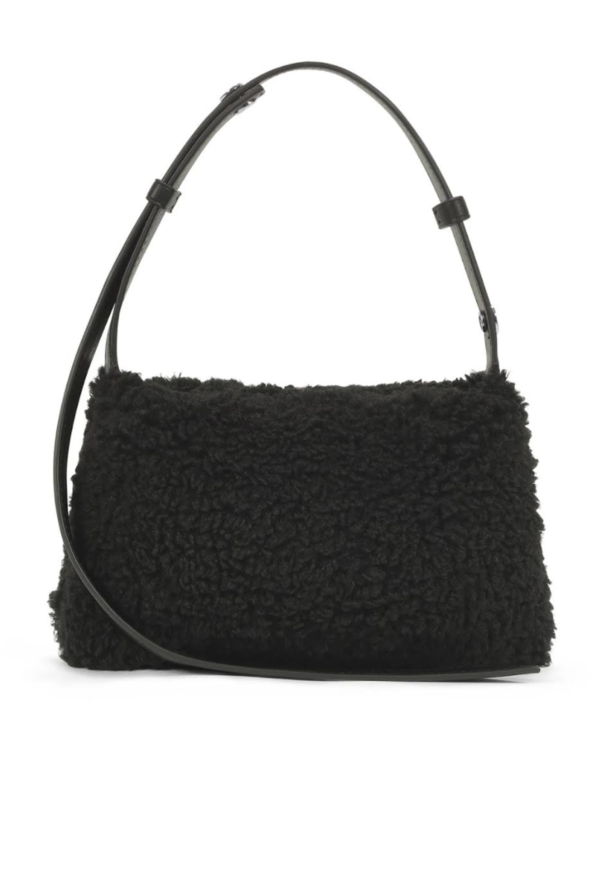 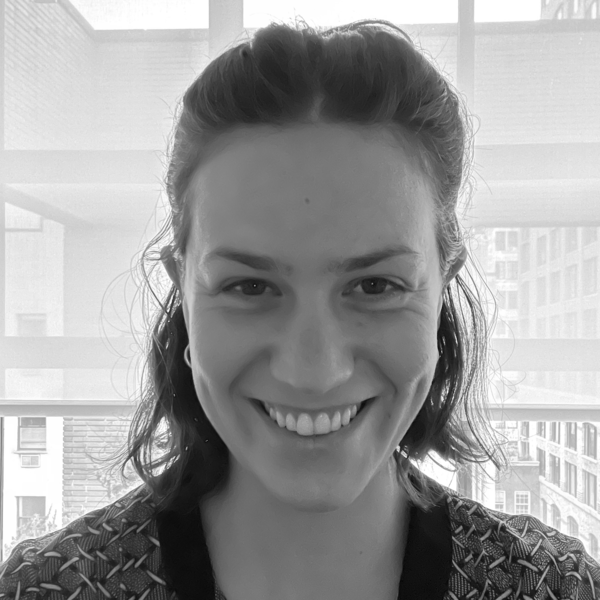 Emily is a food writer with bylines in Bon Appétit, Eater, TASTE, Resy, and more. She was born and bred in New York City and currently resides in Los Angeles. Find her at @emilyjwils on Instagram and Twitter. 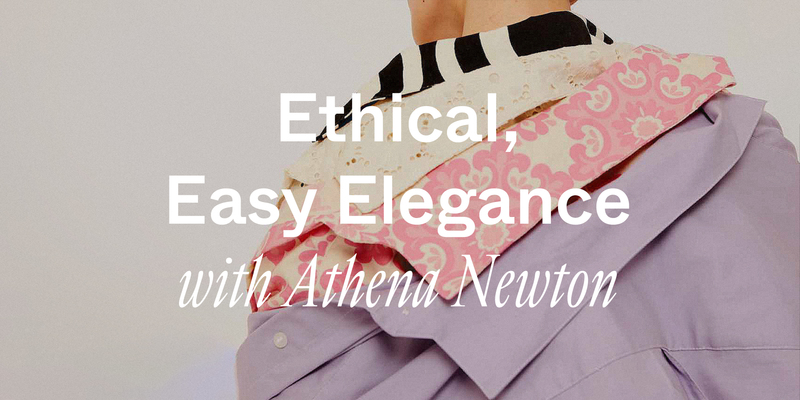 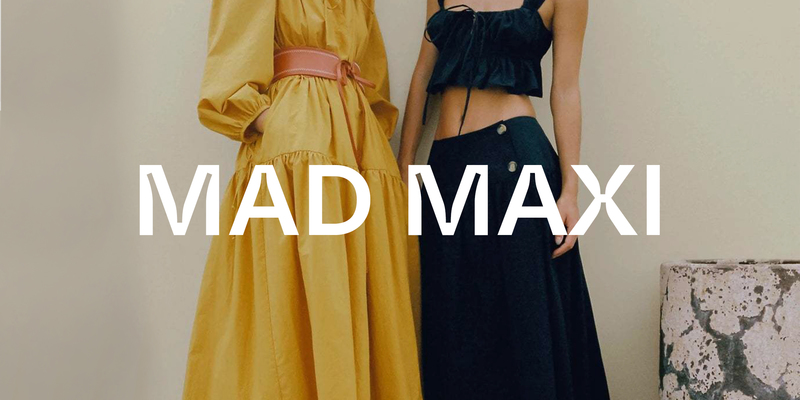 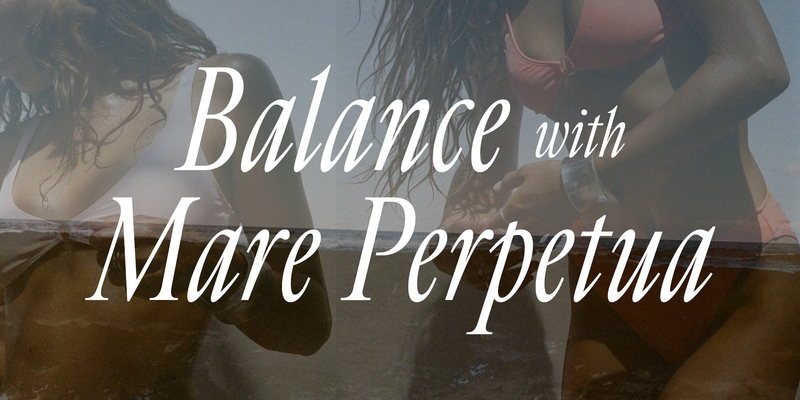 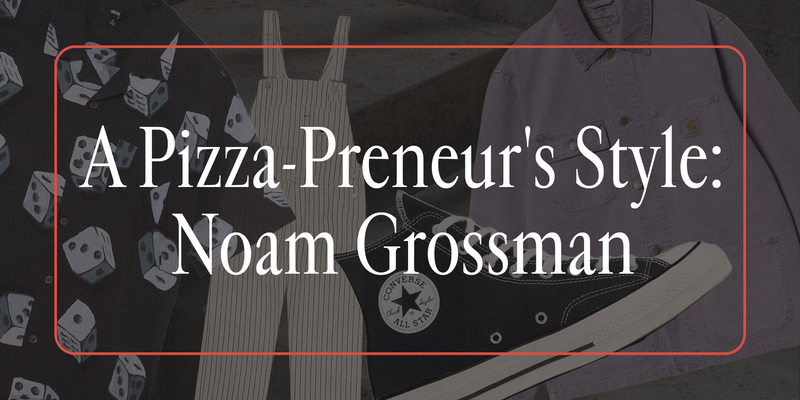 Sign up for first dibs on new arrivals and the latest trends.
Welcome back! There's a ton of new stuff.
Already have an account?
New to Garmentory? Create a new account
Umm...I forgot my password

We love making new friends so while we're popping bottles, stay tuned for early access to new arrivals and sales.