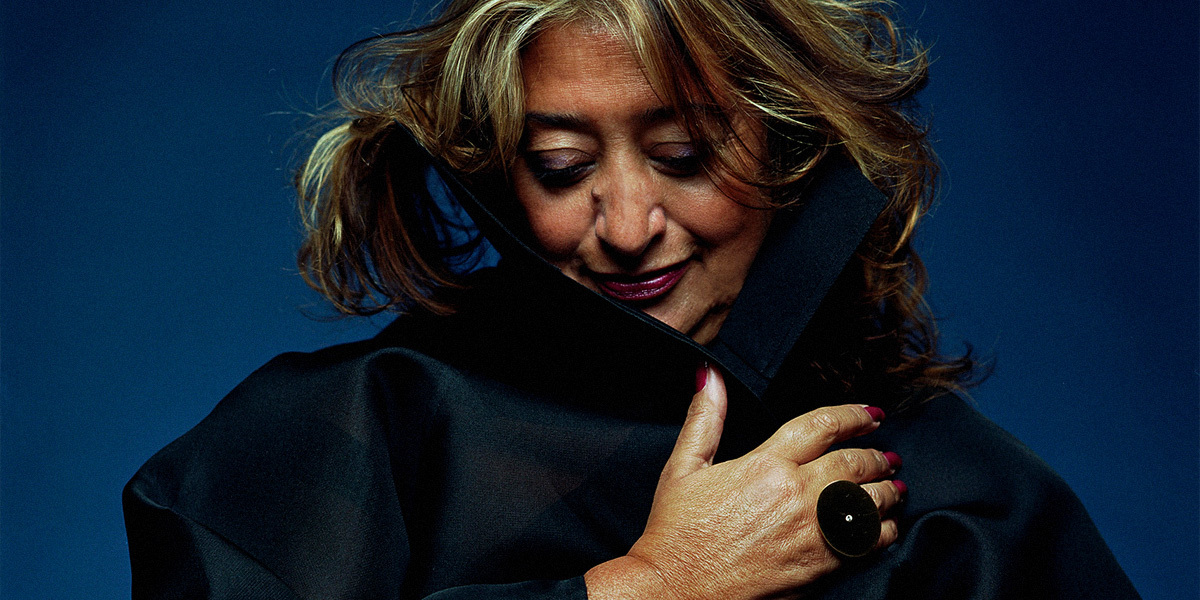 by Amanda Zurita
Honoring the legendary architect who left a legacy of innovative structures and creative vision.

It is, unfortunately, rare in the world of architecture for a woman to rise to the status of legend, but Iraq-born British architect Zaha Hadid was able to do that and more during her illustrious career. She was known for her innovative, futuristic building distinguished by sweeping, curved lines and geometric shapes. Over her three-decade career, Hadid (who was nicknamed “Queen of the Curve”) earned many firsts and accolades in her field. Born in Baghdad in 1950, she was admitted to London’s ultra-competitive Architectural Association School of Architecture in 1972. She was known for marching to the beat of her own drum, using methods like painting and abstraction as design tools and focusing on the bigger picture rather than the smallest details. Her former professor, famous Dutch architect Rem Koolhaus, described Hadid as “a planet in her own orbit.” Upon her graduation in 1977, she was awarded the prestigious Diploma Prize. Just two years later, she founded her own firm, Zaha Hadid Architects.

Over the years, Hadid would be the first woman to win the Pritzker Architecture Prize in 2004, an award often referred to as “the Nobel Prize of architecture” in the design world. She went on to win the Stirling Prize, awarded by the Royal Institute of British Architects (RIBA) for “excellence in architecture,” in both 2010 and 2011. The next year, Queen Elizabeth II named her Dame Zaha Hadid for her architectural accomplishments. Then, in 2016, she became the first woman to earn the RIBA Gold Medal, an award given by the British monarchy recognizing an individual architect’s contributions to international architecture.

Some of her most famous projects include one of my favorite museums, the National Museum of XXI Century Arts (MAXXI) in Rome for which she won the Stirling Prize in 2010. Its curved walls and suspended black staircases convey a level of organic minimalism, filling the galleries with natural light. Another Italian project, the Citylife apartment complex in Milan (completed in 2013), has sinuous lines and serpentine balconies spread across seven buildings of varying heights. Because Hadid focused on forms that weren’t uniform or typical, each apartment unit is distinctly different from the others. Another favorite is the arched Heydar Aliyev Centre in Baku, Azerbaijan, built between 2007 and 2013. The massive building is a cultural and conference center which houses three auditoriums, a library, and a museum—its fluid lines and modern silhouette meant to usher in a new era for the former Soviet Union country. For this project, Hadid earned the Design Museum Design of the Year Award, making her (again) the first woman to take home this prize. Her other major projects include the London Aquatics Center for the 2012 Olympics, the glass-clad Guangzhou Opera House, and the Riverside Museum in Glasgow (dubbed “Glasgow’s Guggenheim”).

Tragically, in 2016, Hadid died of a sudden heart attack in Miami at the age of 65, leaving behind many unfinished projects that have been completed (or are still in the works) by her renowned firm that continues to operate out of their London headquarters. A few months prior to her death, during an interview on the BBC’s biographical radio show Desert Island Discs, she described her life as an architect as “a triple whammy: I’m a woman, which is a problem to many people; I’m a foreigner—another big problem; and do work which is not normative, which is not what they expect.” That level of tenacity and vision is unmatched in modern architecture, and it is an incredible shame that the world will never see what else she could have created—but Hadid’s magnificent sculptural imagination and trailblazing designs will live on across the globe.

Below are a few of our favorite pieces inspired by the curvaceous lines and voluminous forms of Zaha Hadid’s work. 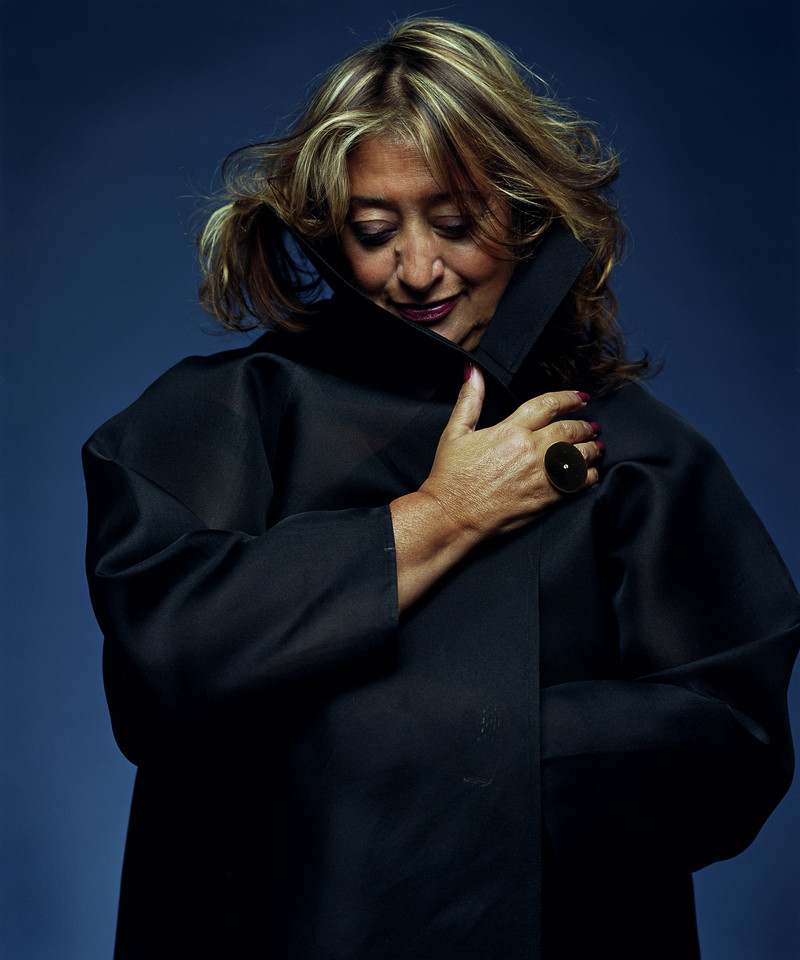 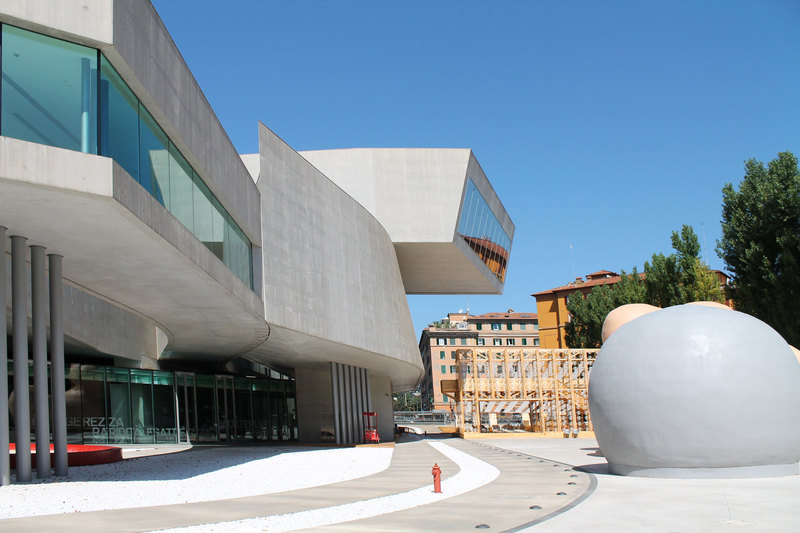 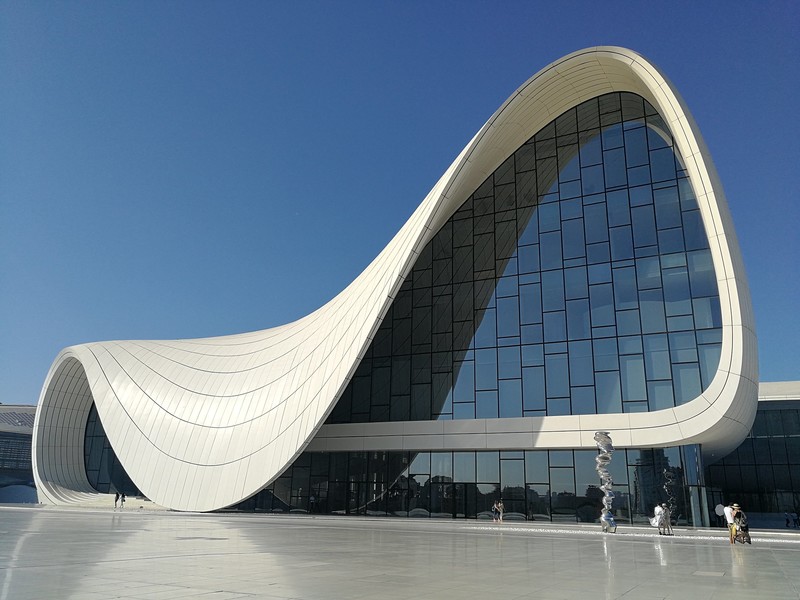 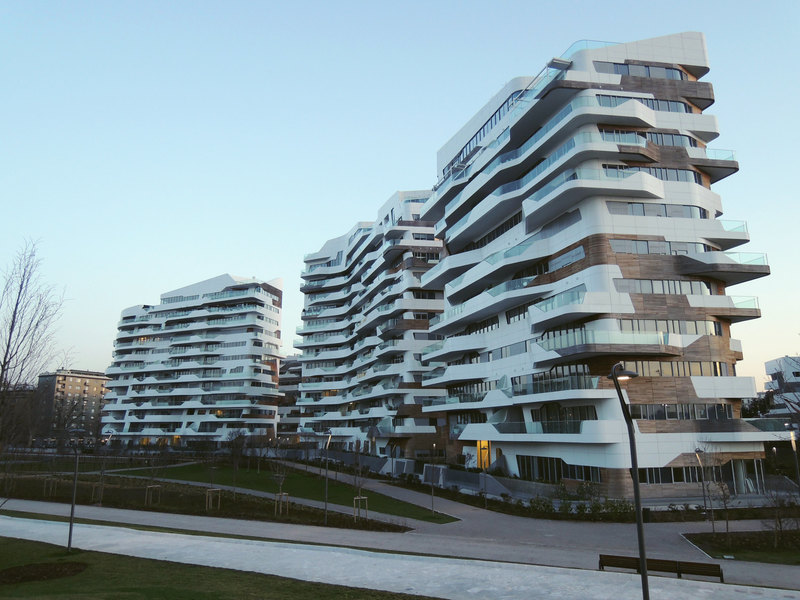 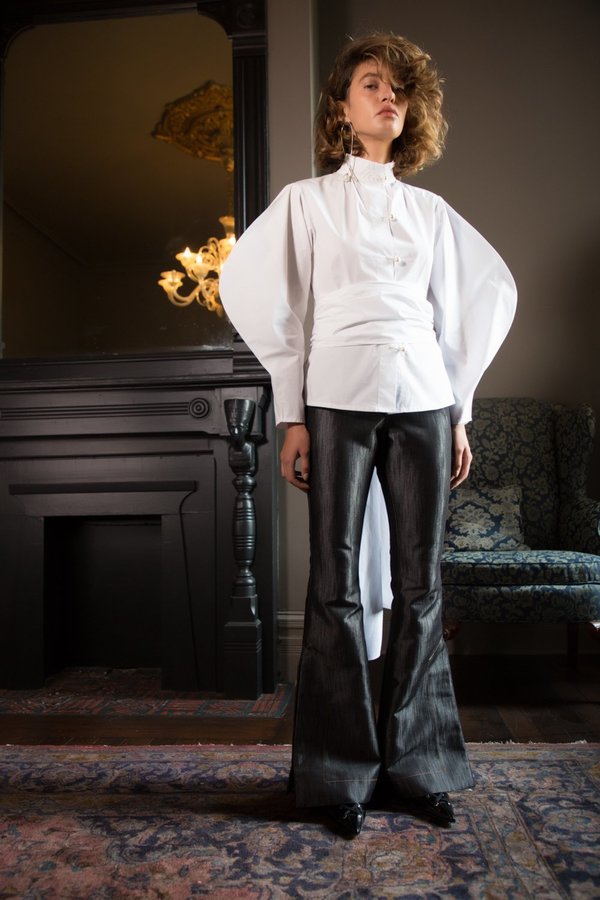 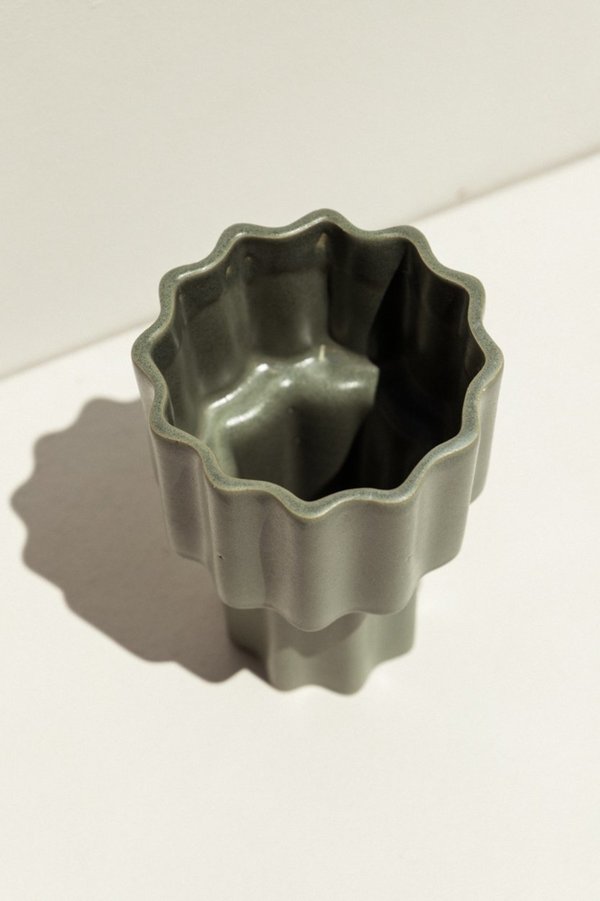 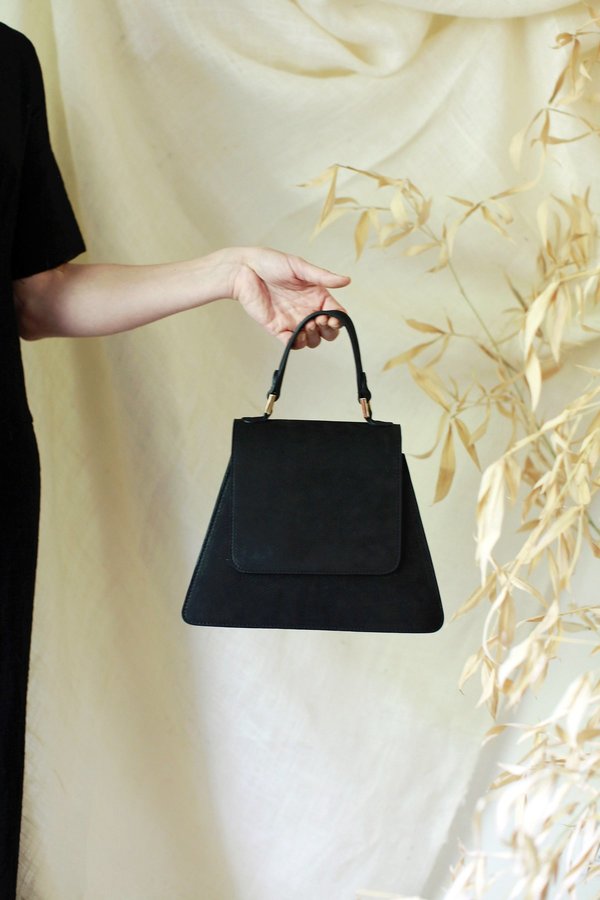 WE WHO PREY INERTIA RING 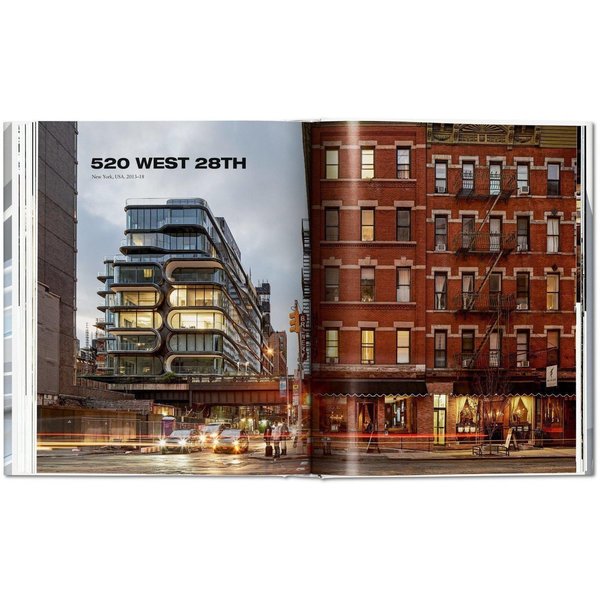 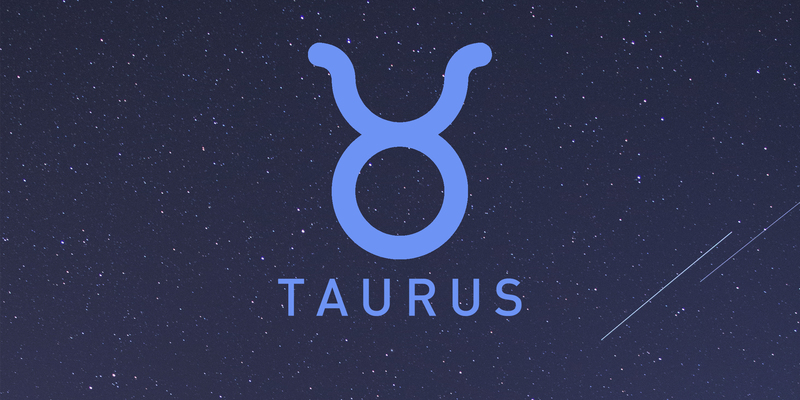 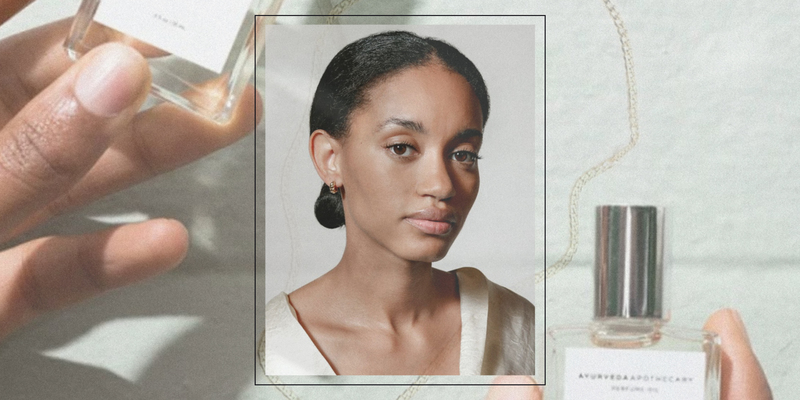